A Quarter to Three
Low Inventory 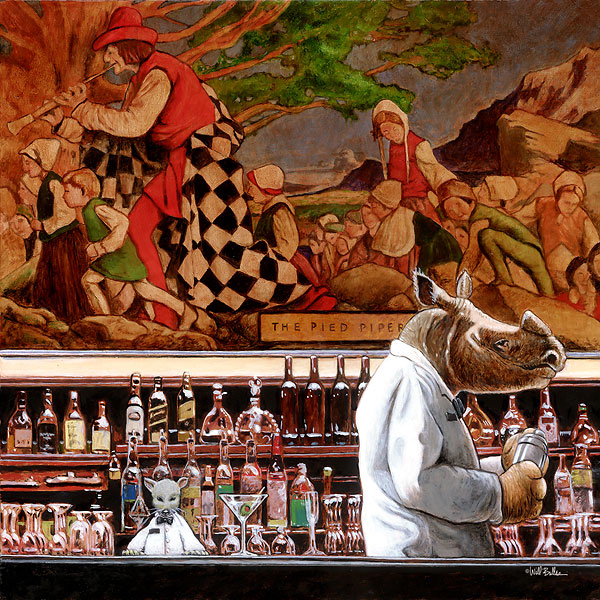 "A Quarter to Three" by Will Bullas

The city of San Francisco has much to commend it; in addition to being home to artist Will Bullas, it also boasts one of the most celebrated bars in history. Maxfield’s Bar, so called for its extraordinary décor ("The Pied Piper of Hamelin," a mural by Maxfield Parrish), has consistently been named one of the best bars in the country as well as the world. In addition to its spectacular barside view, Will Bullas’ rendition of the famed watering hole offers a little something extra: service with a safari smile. These seasoned bartenders serve up a bit of San Francisco chic with every drink and will bring a cheerful, if unusual, touch to your bar, kitchen or restaurant.