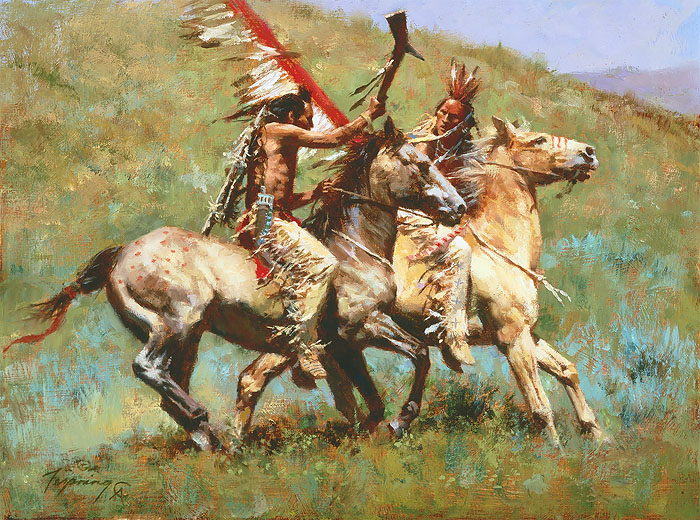 It is misleading to believe that inter-tribal warfare was a moderately dangerous game, a quest for individual status of counting coup and stealing horses. Wars between tribes competing over land and resources were happening long before the arrival of Europeans displaced Indian nations onto rival territories.

In this Plains Indian engagement, a Crow warrior with a gunstock war club engages a Sioux flag- carrying enemy. With its swinging force focused onto its small striking edges, the gunstock club could hit with remarkable power. The danger of the club was further increased by the addition of a short spear point or one or more blades positioned near the elbow of the weapon.