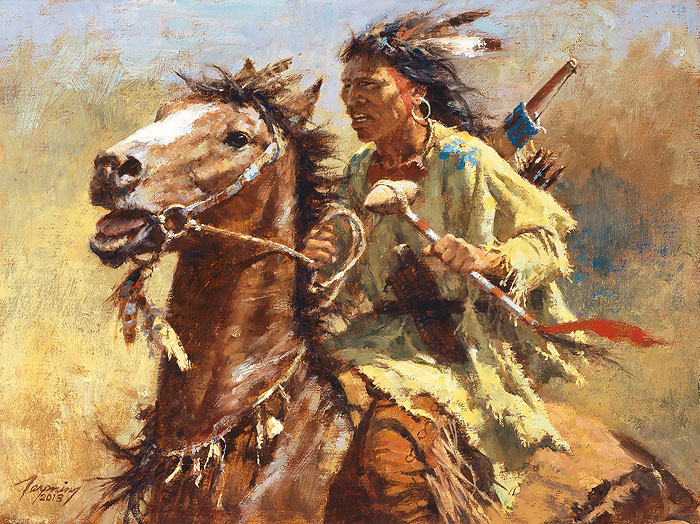 “Among the plains warriors, the war chief became a leader because of his proven success in battle,” relates Howard Terpning. “If his war party's returned to camp victorious, he would have an easier time recruiting warriors to participate in subsequent raids. These men were very brave and fierce which is the feeling that I tried to portray in this painting.”