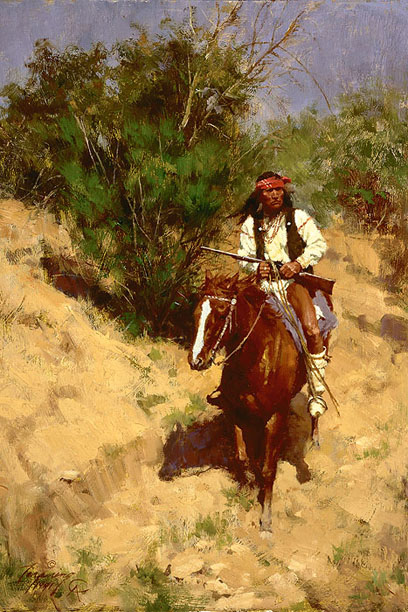 It is better to have less thunder in the mouth and more lightning in the hand. -Apache Saying

Two hundred Apache scouts served with the army in its final campaign against Geronimo in 1885 and 1886 and were largely responsible for its success. So why would Apaches become scouts for the Army to track down fellow tribesmen?

First, it has to be understood that disunity and blood feuds that separated the different Apache groups played a large part in recruiting Apaches as scouts. And certainly the regular pay was an incentive. But to an Apache, being well-armed and doing a warrior’s work using their tracking and fighting skills that they learned and knew since childhood was better way than the cramped confinement of reservation life.