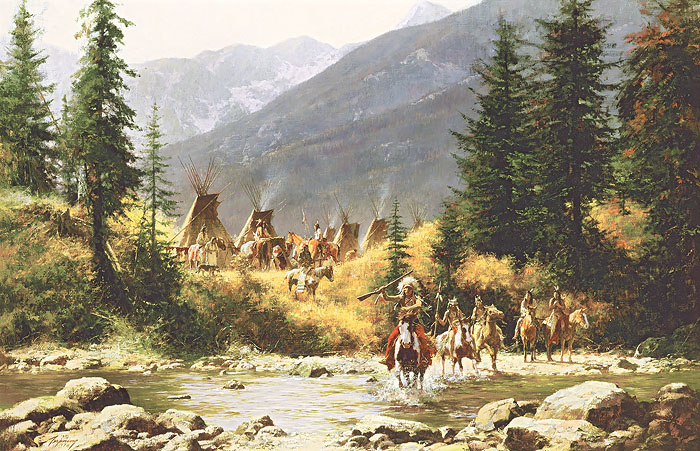 "Crow Country" was a land truly blessed by Akba'tat-di'a (the Maker of Everything). At the height of Crow power, their territory consisted of some of the most stunning landscapes in all of North America. Extending from the Black Hills of North Dakota across Montana to the headwaters of the Yellowstone River in Wyoming, Crow country was a dynamic combination of buffalo-laden plains, thriving forests, mountain peaks and fertile valleys.

“My goal for this painting was to show a tranquil camp scene in a beautiful setting as a backdrop for a war party leaving to raid an enemy camp and perhaps steal some horses if the opportunity presented itself,” says Howard Terpning. “Normally, warriors heading for enemy camps to steal ponies would travel on foot and then ride the captured ponies back to their own camp, but they usually did what the leader of the war party wanted to do.”