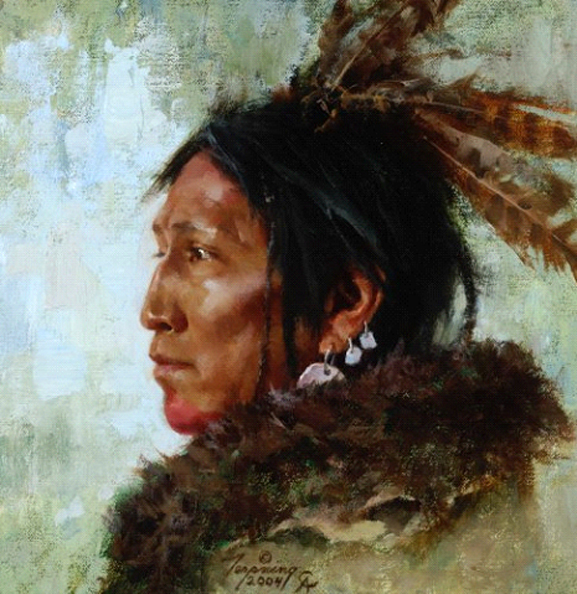 Elevating the nobility of the human spirit defines the fine art of Howard Terpning. Through intuition and insight what begins as a simple portrait becomes a masterful representation of Native American dignity.

"Hawk Feathers" is not this Northern Plains Indian’s name, but rather, the adornment he wears in his hair. The hunting ability of the hawk was highly respected and its feathers were considered good medicine. Nearly every North American tribe used hawk feathers as a badge of honor and they were worn a good part of the time. This tribal member is also shown wearing his buffalo robe. Unlike Europeans, the plains people fashioned their robes with the fur on the inside and the smooth side of the hide facing out.

"Hawk Feathers" is a classic SmallWorks by Howard Terpning that sits side by side with any full-sized work of art. SmallWorks Editions are the most affordable way to collect the Giclee canvases of Howard Terpning.