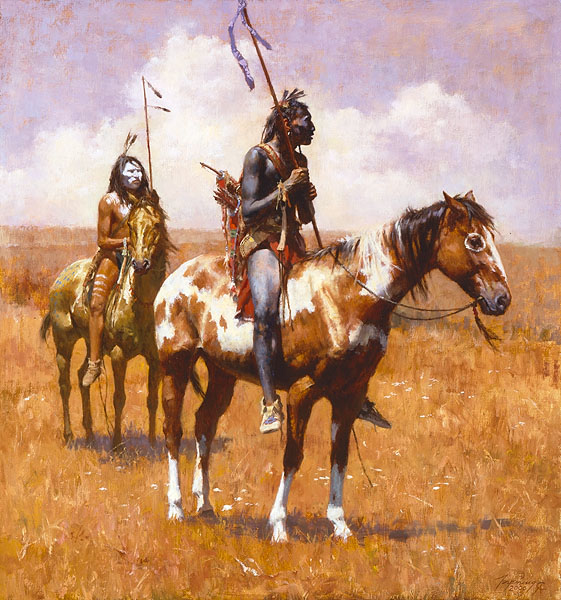 These two Northern Plains warriors have applied their war paint and are ready for whatever trouble comes their way. To “count coup” on an enemy was a great war honor. It meant touching the enemy with any object in the warrior’s hand—a bow, a rifle or a special stick—usually adorned with at least one feather. It was called a coup stick and was carried for the express purpose of touching an enemy if he could get close enough. An accumulation of these war honors built a warrior’s reputation among his people, gave him great stature and gained the admiration of the people in his camp. His prowess as a strong warrior also made him more desirable to the young maidens who might be looking for a suitable mate.