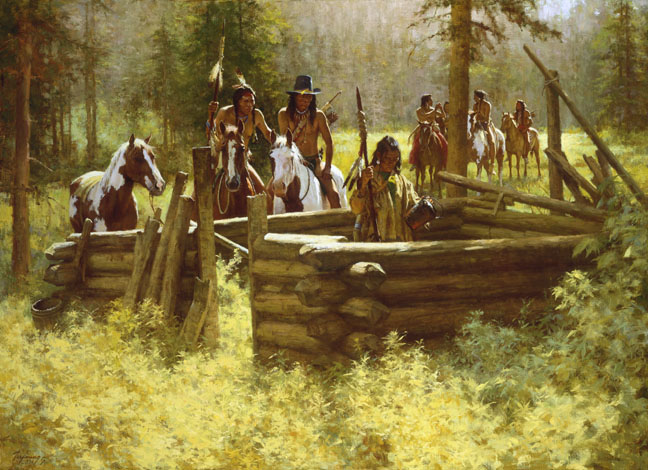 Originally from Eastern Montana, the Crow Indians ranged far and wide by the 1870s. Parties of warriors would travel as far as the Rockies to raid rival tribes, hunt buffalo or chase off newly arrived settlers. This group of Crow inspects the remains of an unfinished, long-abandoned cabin they have encountered on one such journey. Such an intrusion would have been discovered on their own grounds long ago.