Artifacts Gallery - Nectar of the Gods

Nectar of the Gods 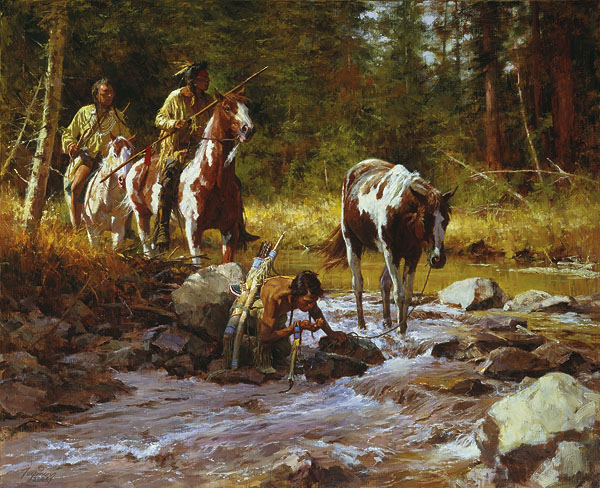 The Crow Indians (also known as Absaroka or Apsaalooke) historically lived in the Yellowstone River valley. In the middle of the 19th century a Crow man could stop at any stream and drink waters as pristine as they were when they first began to flow thousands of millennia before. Plentiful and pure, the Crow were thankful for its sweet and constant presence.
While his companions remain alert to their surroundings, a man pauses to quench his thirst and rest his horses before continuing across the stream. “People might question the wisdom of a man drinking water from a creek downstream from approaching horses,” says Howard Terpning. “Perhaps, a war party from a rival tribe is in the area and expedience is the better part of valor.The important thing to remember is that the Nectar of the Gods was abundant … and when men were thirsty, they drank.”