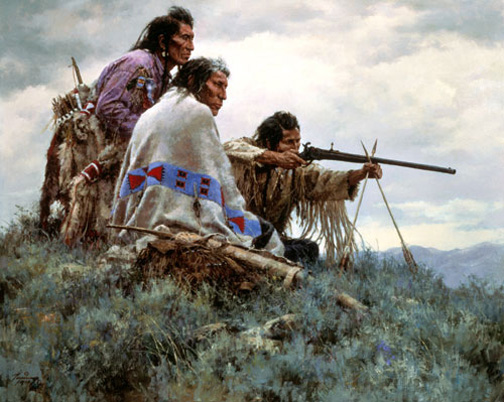 "This Crow warrior is sighting down the barrel of a Sharp's 50-caliber buffalo rifle," says artist Howard Terpning. "It was a heavy weapon, so in the kneeling position it was necessary to support the barrel with some type of bipod--in this case, crossing two arrows does the trick. The Sharp was very accurate at long range and could bring down buffalo at a distance far beyond that of even the more advanced rifles, so it was a rifle much sought after by the Plains people. This marksman has two friends intently watching to see if his aim is true so they will have meat in their lodges at the end of the day."