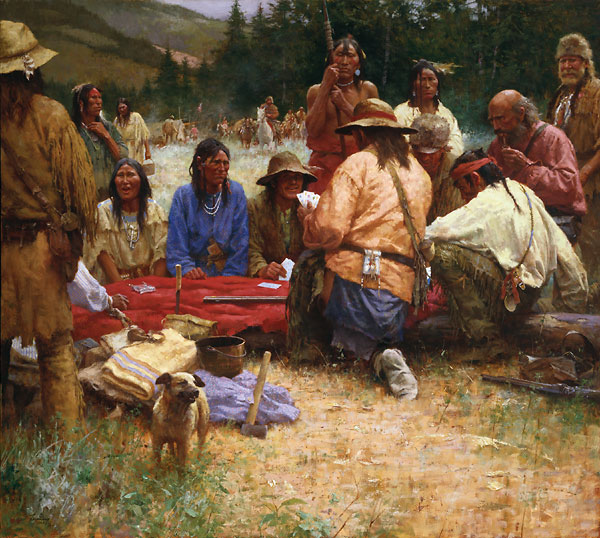 "A Friendly Game at Rendezvous- 1832" by Howard Terpning

Great gatherings of trappers and Indians could go on for three or more weeks, during which they would exchange hides for trade goods to carry them through the winter,” explains Howard Terpning. “This rendezvous takes place at Pierre’s Hole (now known as the Teton Basin), which is identified by the hills in the background. Much of the men’s leisure time was spent playing in games of all sorts, with cards being one of their most popular pastimes. Showing both the gaming participants and their spectators enabled me to do studies of an assortment of characters. Although some of the natives may not have understood the game itself, they were undoubtedly drawn in by its excitement.”