Cheyenne at the Disappearing Creek 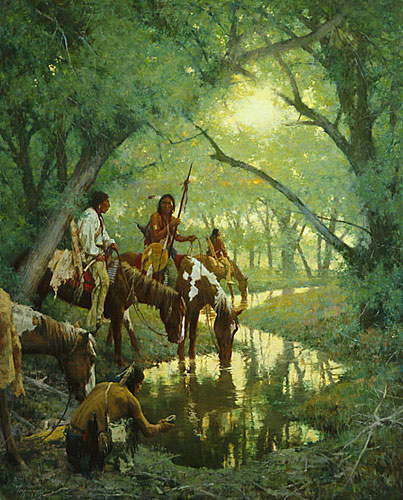 “In the 19th century and before, in what is now western Kansas, there was an area called the ‘White Woman Basin,’” says artist and storyteller Howard Terpning. “It is more or less centered between the north and south borders of the state. In the early days there was a creek, which meandered into the basin and at some point disappeared into the round. This creek is still on the map.The basin had many pools and springs and was an important source of water for the Southern Cheyenne who ranged over Kansas and the surrounding country. Small parties of Cheyenne warriors would often stop with their horses for a welcome drink.”