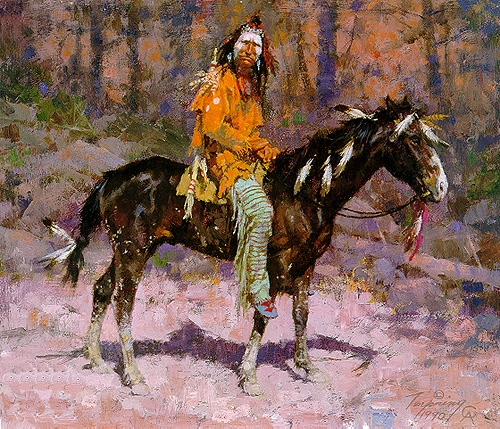 A Northern Plains Indian brave prepares himself and his pony for an approaching battle. He chooses bold colors for his war paint--they are carefully selected from a palette that has personal significance to him. The markings on his leggings document many deadly victories against his enemies--evidence that he is truly an accomplished warrior. His mount is methodically adorned with the feathers of an eagle to give this Indian pony strength, power, and speed in the conflict that draws near.