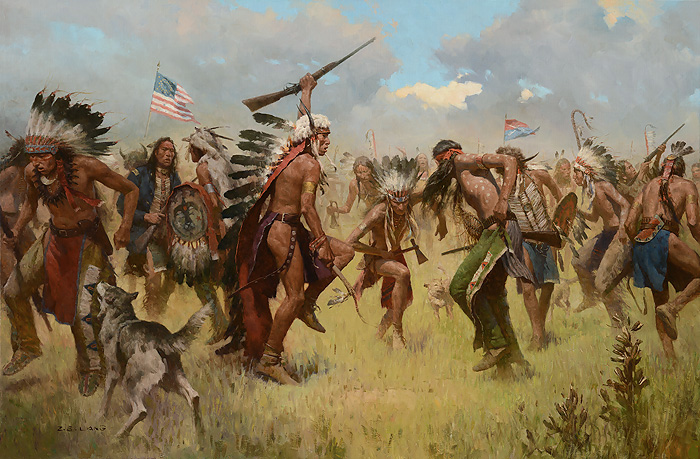 On June 25th 1876, soldiers of the elite U.S. 7th Cavalry, led by Lieutenant Colonel George Armstrong Custer, attacked a large encampment of Lakota and Cheyenne on the banks of the Little Bighorn River. By the end of the day, Custer and more than two hundred of his men were killed. It was a great victory for the Indians. This painting depicts the celebration in their encampment after the battle. – Z.S. Liang