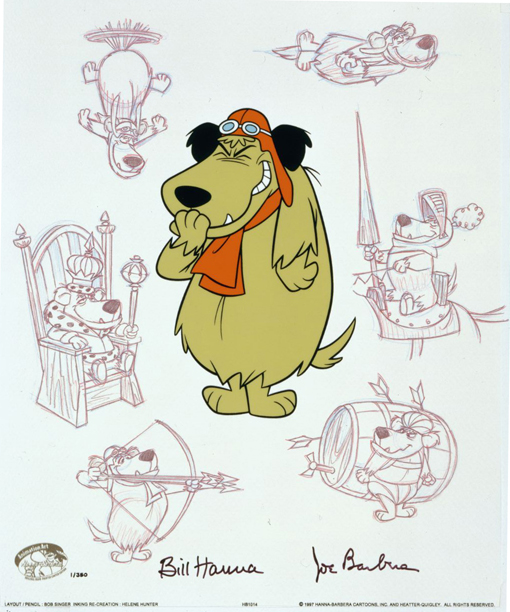 “Wake up there, Muttley, you’re dreaming again! You’re not Robin Hood and you’re not Gunga Din. You’re not a brave knight or a king that’s been crowned. You’re just plain old Muttley, the snickering hound!” Veteran Hanna-Barbera artist Bob Singer created the layout for Muttley Persona, the first solo appearance in a Limited Edition for the olive-green pooch who, along with his co-hort dick Dastardly, debuted in the 1968 cartoon “Wacky Races”. The following summer, the pair accepted their own series, “Dastardly and Muttley in their Flying Machines”, in which their mission was to “stop that pigeon!” Each Muttley Persona is signed by the founders of Hollywood’s oldest cartoon studio, William Hanna and Joseph Barbera.