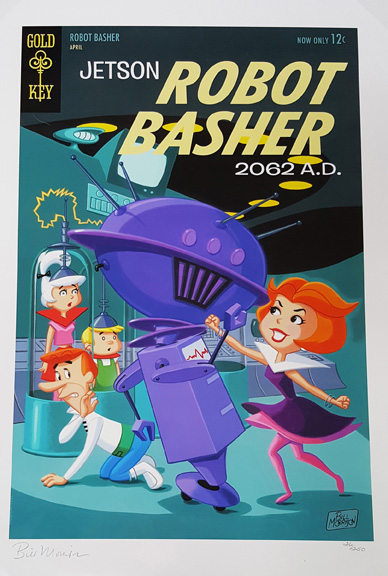 This comic book inspired artwork was created by noted artist Bill Morrison. Bill is an American comic book artist and writer and co-founder of Bongo Comics. He has worked as an illustrator for “The Simpsons”, and Disney. He also created his own comic “Roswell” and served as Director for “Futurama”.