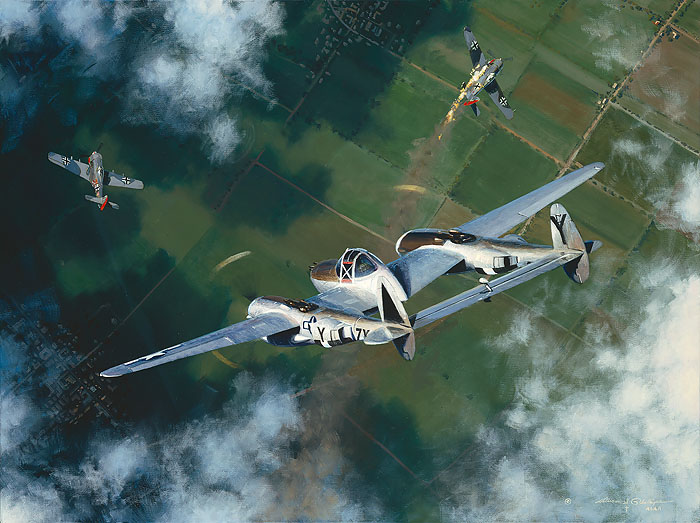 Racing earthward in a near vertical dive, its turbocharged Allison engines driving the counter-rotating props at full throttle with a 20mm cannon and quad-50’s spitting lead, you’d have a hard time convincing these two Luftwaffe pilots that the P-38 Lightning on their tail was not originally conceived as anything other than a fighter airplane. Originally designed as a bomber-interceptor, it was respectfully nicknamed by the German’s as the “Fork-Tailed Devil” who were bedeviled by this troublesome aircraft from North Africa to Berlin.