Hunter Becomes the Hunted, The 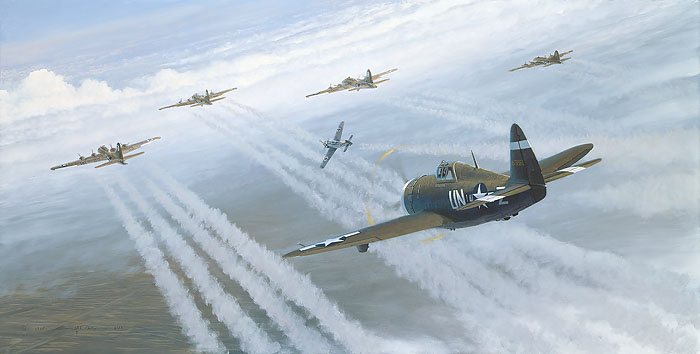 The arrival of Colonel Hub Zemke and his “Wolf Pack” P-47 Thunderbolts turns the tide and the fates of war on a Fw-190 attacking the B-17’s of the 100th Bomb group of Nazi Germany. This Phillips aviation art classic is finally available as an Anniversary Edition, and for a select few, as a very limited and very stunning, oversize MasterWork™ Fine Art Canvas.