Artifacts Gallery - The Power of Freedom

The Power of Freedom 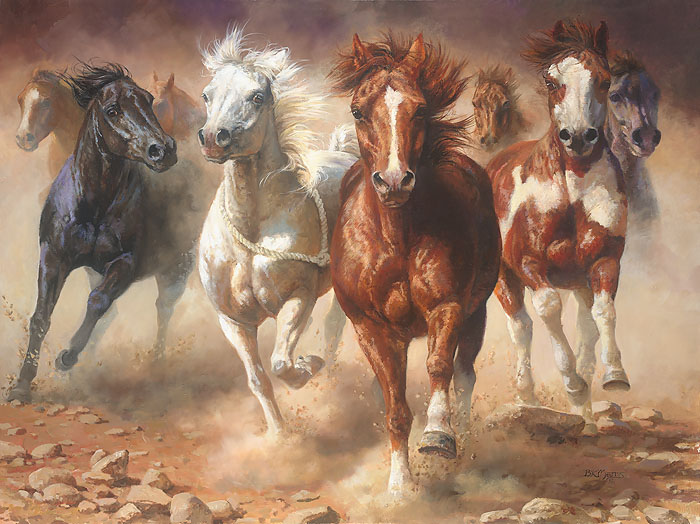 With flashing eyes and thundering hooves a newly-escaped mare, a rancher’s rope still hanging from her neck, joins a swift moving herd racing across an open valley. Mustangs are a mythic symbol of freedom, heroism, romance, limitless possibilities and the vanishing West where it was estimated that two million wild horses roamed the largely unfenced American West in the early 1900s. Some of those mustang herds descend directly from horses brought over by Spanish Conquistadors in the late fifteenth century. Other herds’ ancestors escaped or were let loose by settlers, ranchers or Native Americans.

Bonnie Marris’ "The Power of Freedom" captures the primal lure the open range has upon horses: it is a place to unleash their love of speed and run for the joy of it. Experience the overwhelming power and grace of this wild herd.