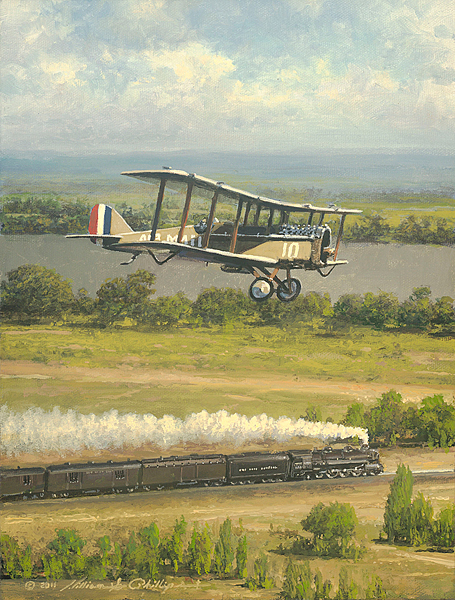 Geoffrey de Havilland initially designed the DH-4 as a twin seat bomber which saw service in WWI. The U.S. Post Office modified the aircraft to be flown from the rear cockpit and installed a watertight mail compartment in place of the forward cockpit. DH-4’s were the mainstay of the USPO air fleet until service passed its last airmail routes to private contractors.

This pilot is enjoying an incredibly good day for flying as he travels up New York’s Hudson River and over one of the many New York Central Railway trains headed north to Albany and points beyond. Flying by any standard was a risky profession in this early era of flight, so to be aloft on a day such as this was a truly revered experience.