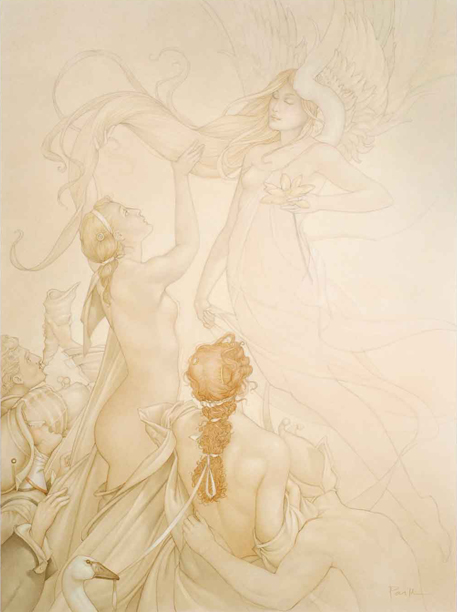 To my surprise, while looking through my archive drawer recently, I found the beginnings of the Golden Lotus. It was only just blocked in. But it captured a feeling that I have about the present time on Earth. Although the Golden Lotus was another version of the idea that eventually became the painting the Annunciation, it holds a very different meaning. Here, the Golden Lotus is my interpretation of the descent of a new consciousness that has come to Earth.--Michael Parkes