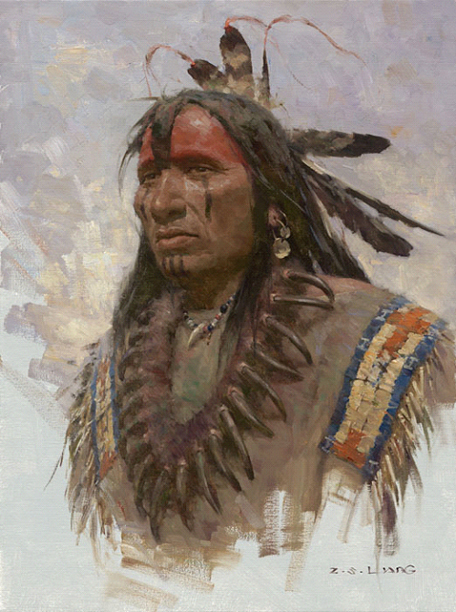 A powerful symbol of strength, independence and courage, the bear necklace was only worn by hunters who were brave and skilled enough to kill a bear. According to native American folklore the bear was also very powerful in the spirit world. During special ceremonies the spirit of the bear was invoked to guide and support warriors on their battles.

Bear claw necklaces are among the most rare Native American artifacts today and are very rarely present in museum collections, as they are highly valued and closely cherished by the First Nation families whose ancestors wore them.