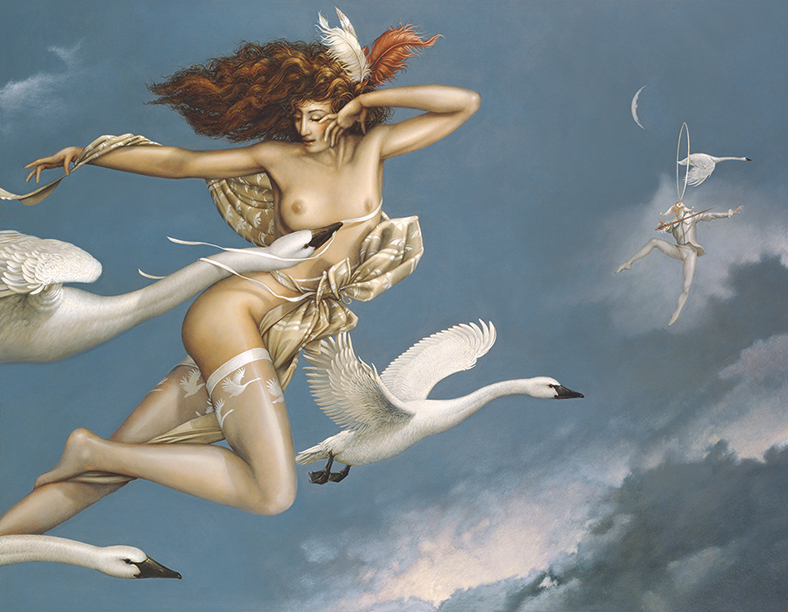 In pursuit of the Unknowable, the swan princess is encouraged by the swans to fly. Until ultimately, like Casteneda's leaping from the cliff, she will learn to shift from matter to spirit and back again as we all must do eventually. (Castaneda was a contemporary writer who lived in Mexico and the US and wrote numerous books about his life as a student of the old shamanistic traditions going back to the ancient Aztecs. At one point as an apprentice, he was told to leap off a cliff by his master. He was terrified yet followed his master's orders, only to find out that he actually could fly.)