Artifacts Gallery - Two Down One to Go

Two Down One to Go 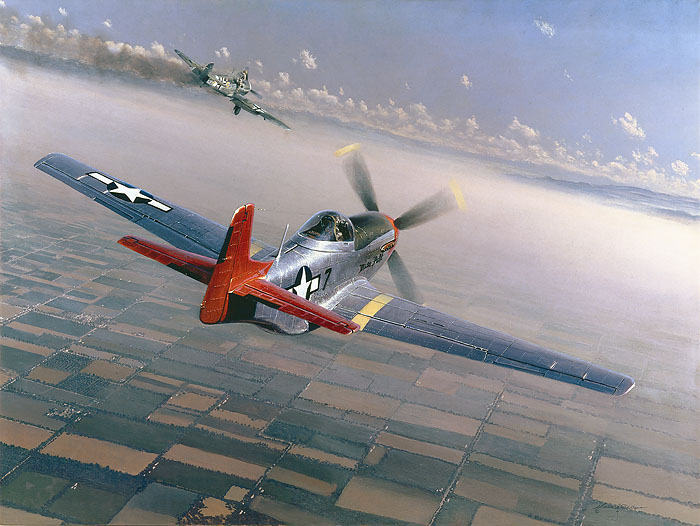 "Two Down, One to Go" by William Phillips

Famed Tuskegee airman Lt. C.D. “Lucky” Lester of the 332nd Fighter Group scores his second of three victories over German aircraft, not only in a single day, but in less than five minutes. Fly wingman on bomber escort with this legendary aviator over the skies of occupied Italy with this dramatic William S. Phillips Fine Art Canvas Edition