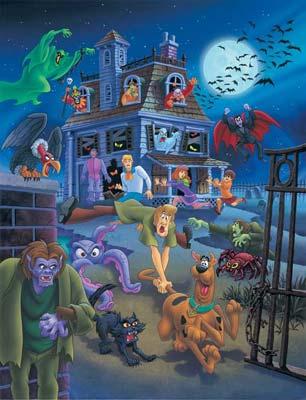 House Swarming is a limited edition fine art lithograph printed on premium art paper. The image was created by Warner Bros. Artists Vince Musacchia, who did the original drawing. Dennis Durrell rendered the painting. “Scooby-Doo” from which the image House Swarming was inspired, aired in 1969, and is still in production today. It is one of television’s longest-running animated series. Both artists hand-signed each print in the edition.