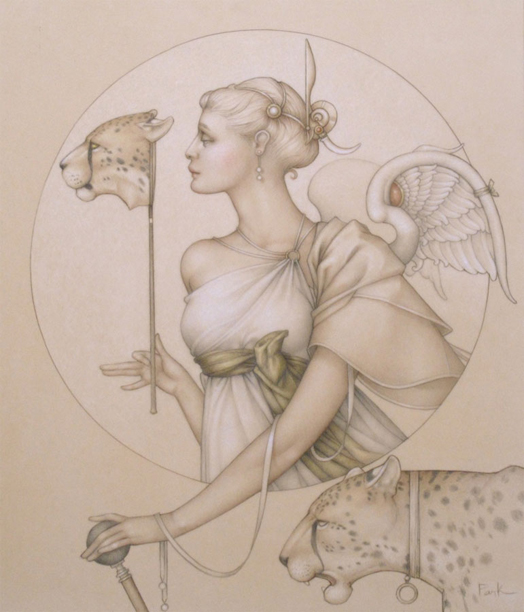 I am particularly fond of Cheetahs as they are the oldest of the cat family on earth. As early at 3,000 BC they were caught, tamed, and kept by humans. The early Egyptians considered them as one of their gods and they became a symbol of royalty. Hence, the name of this drawing is called, The Royal Cheetah.

I decided to use the 'rondo' for this portrait. Renaissance portrait painters used this popular format meaning simply 'in the round'. It emotes a sense of stability, calmness and timelessness. I wanted to take that structure and use it in a more contemporary way. The cheetah is all about action, speed, and focus. They are about the immediate present. The lesson for me is to remind myself that we need to live with a sense of calm and timelessness, but also we need to be ready to move instantly with speed and with focus if necessary. - Michael Parkes