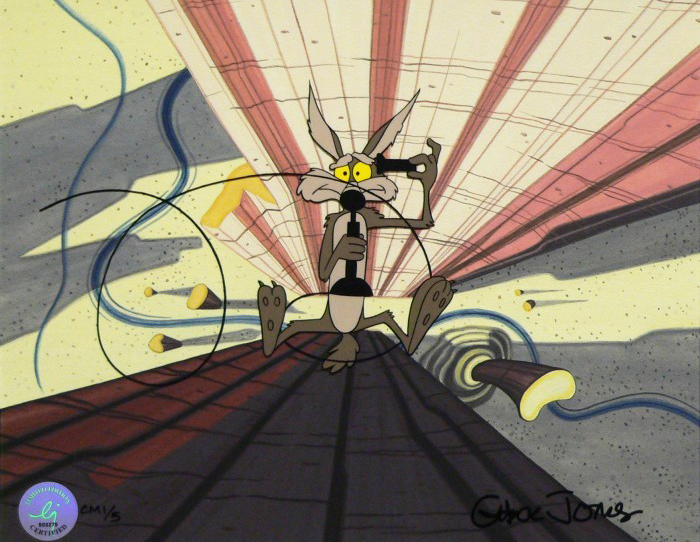 "Hare Breath Hurry", a hand-painted cel commemorating the 60th anniversary of the iconic characters, Wile E. Coyote and Road Runner. This image has been carefully selected to represent an important moment in the film life of these legendary characters. "Hare Breath Hurry" showed in theaters on June 8, 1963 and was directed by Chuck Jones and co-directed by Maurice Noble. It starred Wile E. Coyote and Bugs Bunny, standing in for the Road Runner "because he sprained a giblet." Artwork will be available on November 22nd, 2009, Chuck Jones Grandson Craig's Birthday.