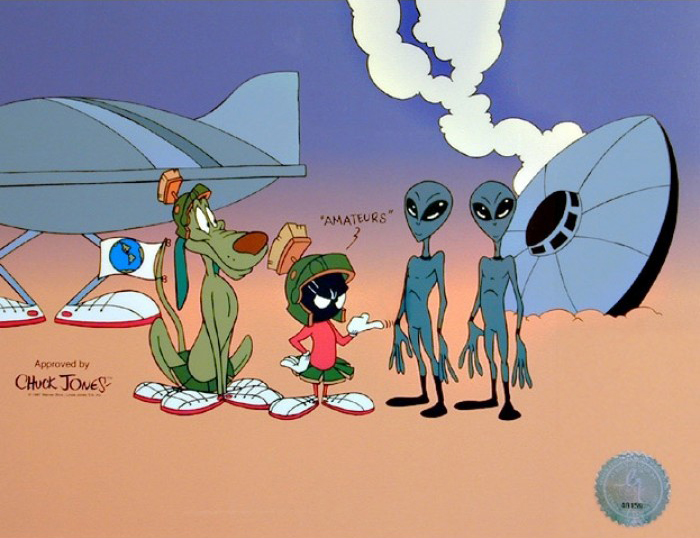 In July, 1947, there is said to have been the crash of '"an object" near Roswell, New Mexico. After numerous individuals involved have declared that it was, in fact, a flying disk carrying alien "creatures" there is still debate as to the truth and accuracy of the reported event.

In July, 1948, an earthling named Chuck Jones introduced a character called Marvin in his animated film Haredevil Hare. Marvin is from Mars, as well as his companion, K-9. Was Marvin in a character from Jones' imagination, or did Mr. Jones, in fact, arrange a meeting with the "alleged" occupants of the "flying disc" which crash landed 50 years ago? Coincidence! We think not.