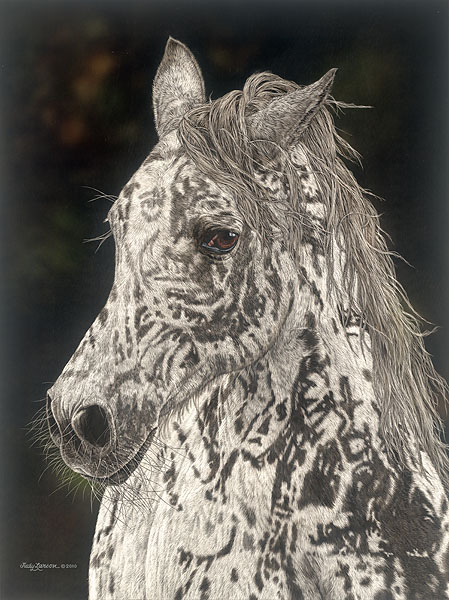 American Horse, Oglala Sioux chief, is a study of adaptability. Although born on the Northern Plains, he became an American citizen when he was 67 years old. He fought brave battles for his people, but when he was 27 years old, led the battle for his people in peace. He had five wives, including the daughter of war chief Red Cloud, but when only one living wife remained, joined the Episcopal church. He rode beside great chiefs in battle, including Red Cloud and He Dog, then rode briefly in Buffalo Bill's Wild West show. He fought against the invaders of his land, then traveled to Washington, rode down Pennsylvania Avenue and took part in treaty delegations. He lived free on the land he loved, then spent half his life on the Pine Ridge Reservation.

"As I was researching American Horse, I found, once again, how easy it is for me to embrace the nobility, love of land and the rights of people, peace and loyalty of the Native American spirit. I see the same qualities in those who have chosen to serve today and feel that they, too, are our leaders for tomorrow."