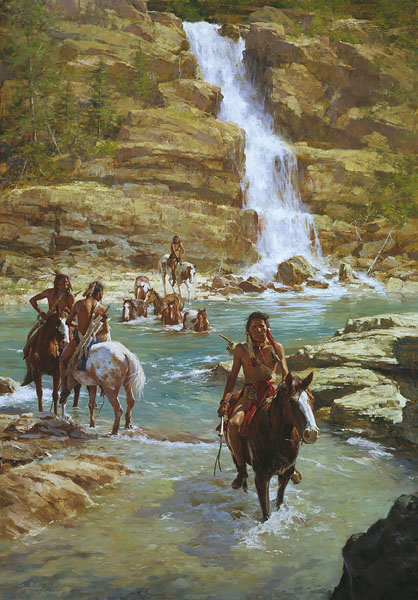 “Horse stealing was a sport among the Plains Indians and an important way to gain honor and prestige among other members of their tribe,” says Terpning. “The man in the foreground has his horse-stealing medicine attached to his belt with a miniature rope. These four Blackfoot warriors have been following a large band of trappers just waiting for the right moment to capture some of their stock. They no doubt took these ponies in the middle of the night and are now trying to put as much distance as they can between themselves and the trappers who are certainly attempting to track the Blackfoot and take their ponies back. These raiders are using every ruse to elude their pursuers including crossing the river in hopes that their tracks will be lost or at least delay their pursuers."