Artifacts Gallery - Hunter, The
One in Stock

Hunter, The
One in Stock 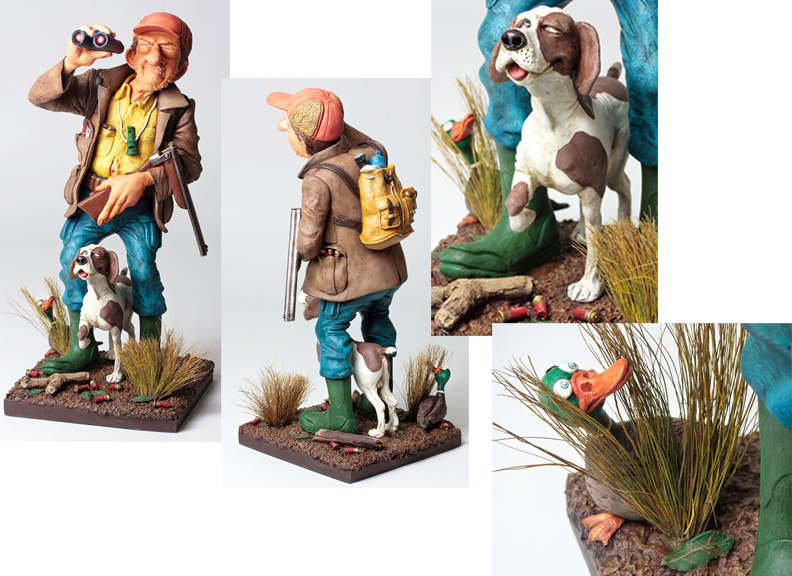 "The Hunter" by Guillermo Forchino

Sacha put on his boots, took his rifle, his hat and his bag of ammunition. His dog, Tom, seeing what Sacha was preparing, leaped up and started running around. “Dear, we’re leaving to go hunting”, he said to his wife. Then, shutting his eyes a little and with an air of confidence, he added, “Tonight, for dinner, we’ll have duck”. After six hours spent in the marshes, after having emptied his ammunition box and even trying a slingshot and all the sticks and stones which he could find in his path, nothing worked, he couldn’t kill even one duck. Fortunately, the local supermarket was still open. That night for dinner, they ate a succulent farm-raised chicken.