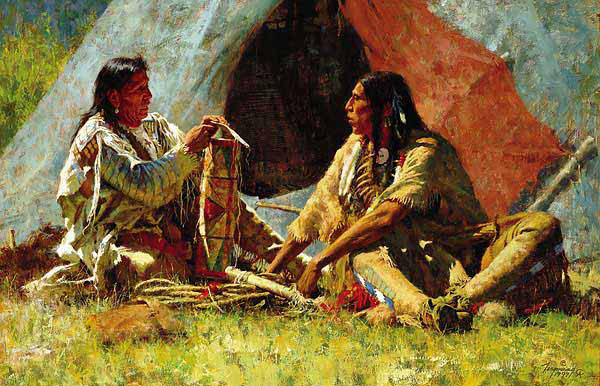 As Howard tells us, "These northern Plains men may be getting ready for a ceremonial function that calls for the use of a bonnet. A bonnet case was typically made of rawhide and could store feathered headgear or even occasionally personal 'medicine'--objects that people of the Plains believed gave them control over natural or spiritual forces."